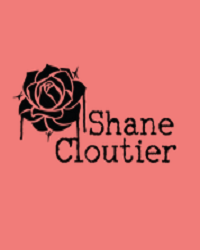 An Evening with Shane Cloutier

AN EVENING WITH SHANE CLOUTIER