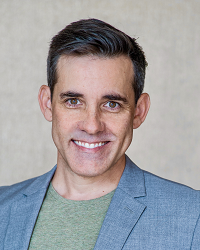 Born in Seattle, WA, Bruce Dow is an American/Canadian actor, best known for his 5 featured roles on Broadway, 12 seasons in leading roles at the Stratford Festival, and his Dora Awardwinning performances at Buddies in Bad Times Theatre, the world’s largest and longest running LGBTQ2IA+ theatre. He is the voice of Max in Total Drama Pahkitew Island and he has many appearances on Rick Mercer Reports and Murdoch Mysteries. This multi-award winning actor, singer, teacher and story teller is also a wonderful cabaret performer. We are thrilled to have him singing for us in the festival!